“Heijmans got off to a strong start in 2021, despite the winter conditions in the previous months and the continued impact of the Covid-19 pandemic. Heijmans recorded a year-on-year increase in both revenue and EBITDA in the first quarter.

“Heijmans got off to a strong start in 2021, despite the winter conditions in the previous months and the continued impact of the Covid-19 pandemic. Heijmans recorded a year-on-year increase in both revenue and EBITDA in the first quarter. Infra in particular performed above expectations. The results of our strict tender policy and the use of uniform risk definitions are paying off in terms of improved project results. We are also keeping a close eye on potential cost price rises that could result from an economic recovery. Heijmans’ cash position remains strong and the previously announced extension of our credit facility to end-2025 has now become effective. This facility is linked to our sustainability targets, which is in line with our vision as the creators of a healthy living environment. 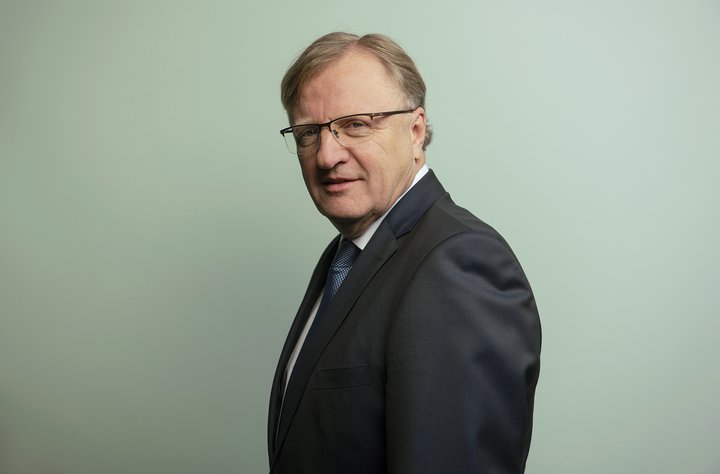 "We deeply regret the data leak that occurred in April. This was due to a human error and had a significant impact on those directly involved. We reported this leak to the Dutch Data Privacy Agency (Autoriteit Persoonsgegevens) and we are currently investigating the internal processes within the development consortium for the new-build project in question.

Winning the award for the best (home-working) employer in the province of Brabant – for how we supported our employees in their work during the Covid-19 crisis – was a feather in the cap for the entire organisation. We continue to devote attention to resilience and adaptability of our employees as a result of Covid-19. This is something we are keeping a very close eye on.”

We recorded a sharp rise in the number of homes sold through 30 April. This increased to 755 homes (582 to private buyers and 173 in B2B sales) compared with 666 in the same period of 2020. We saw a particularly strong rise in the sales to private individuals, to 582 homes from 377 last year. Infra performed above expectation in Q1 2021, with higher revenue and EBITDA. Our order book remained at a healthy level and stood at € 2 billion at the end of the first quarter.

In early Q1, housing corporation Staedion chose Heijmans as its partner for the renewal of the Dreven, Gaarden and Zichten neighbourhoods in cooperation with The Hague city council. The goal is to start construction work of the first sub-plans in 2023, with the ambition to build 500 new homes per year. Heijmans will be responsible for a significant part of this development.

The Dutch Ministry of Public Works and Waterways has awarded Heijmans a five-year contract for the maintenance of waterways in the central-eastern part of the Netherlands (Oost-Nederland). The performance contract covers the Boven-Rijn and Waal rivers and the Maas-Waal canal and represents a value of around € 32 million for Heijmans. A housing corporation has awarded Heijmans a contract to improve 125 homes in Hoogezand-Sappemeer and make them more sustainable. After completion, all these homes will have A energy labels.

The last quarter also saw the extension of Heijmans’ partnership with Schiphol for a period of three years, which covers bthe contract with Infra as well as the one with Building & Technology. This means that Heijmans, as Main Contractor, will continue to execute maintenance activities in the airport’s take-off and landing areas and in Terminals 1 & 2 until at least 2025. These activities include the roll-out of Heijmans’ smart asphalt (Flightflex) as part of the renovation the Polderbaan runway. This is an innovative product that can withstand the enormous impact of aircraft and is sufficiently rigid, while also providing adequate water storage capacity.

Heijmans is set to start work on the reinforcement of the dyke between Gorinchem and Waardenburg at the end of Q2. This is a major operation in the area to reinforce a 23-kilometre stretch of dyke. Heijmans is part of the so-called Graaf Reinald alliance (a collaborative initiative of the Rivierenland water board, Heijmans, GMB and de Vries & van de Wiel), which will execute the dyke reinforcement. Heijmans’ share of the revenue from this project will be around € 80 million. The type of contract chosen includes a joint risk domain with the client, which acts as an incentive for the intended form of the cooperation.

Heijmans’ revenue is developing well in 2021. At the start of the year, we guided a slight decline in revenue for this year, but on the basis of current developments, we now expect revenue for this year to come in at a comparable level to last year’s and we expect our profit to be higher than in 2020.

We expect Infra’s margin and production volume in the first half of this year to be higher than in 2020. We remain concerned about the impact of the nitrogen emissions issue on major infrastructure projects, although we only expect to see the impact of this in the coming years. The outlook at Property Development and Residential Building remains positive, due to the persistent strong demand on the Dutch housing market. In terms of profitability, we are confident about the remainder of 2021.